Tuesday 24th July saw all our Colts, U18YG, Life Members, past Presidents, Parents, Helpers and Representatives enjoyed a wonderful dinner at Club Kilsyth. We shared on the foundations of how the Club has been built over the last 49 years with statistics and figures. This further continued into the Club’s vision going forward and the opportunities for all boys and girls being given the chance to be in a team environment and being part of something special. The PONRPJFC is a bastion to create positive growth whilst offering a pathway for every player and family to be the best they can be. The legacy we have inherited via previous Committees is important to us and the pressure to continue is acknowledged.

Thanks goes to Mason Witnish, our Under 19’s Captain and Michael Prosenak, the Senior’s Vice Captain for their attendance and speeches. They shared with us their journey from The Sharks JFC and the transition into the PCFNC family.

This was followed up with Daniel Gorringe sharing his time from the Draft to his seven seasons as an AFL footballer. Taken No. 10 in the super draft of 2010 on the Gold Coast, his name called out first that year as it was top down. From his excitement of the Draft, to his Rookie Season for the Suns, then onto major injury. The frank and open discourse shared by Daniel of his life at the Suns, the times of injury and the ultimate rejection by his coach had everyone hanging onto his every word. The move to Carlton gave him a new lease of lease of life until cruelled by Achilles injuries for a third time left him bereft of an AFL career.  END_OF_DOCUMENT_TOKEN_TO_BE_REPLACED

Hi All Sharks, Well done and congratulations to all the Mums and Dads who turned up for Saturday night Social Evening. This year we were located at “The Grand” in Warrandyte.

The evening had a bit of a chill, the wind decided to reduce the temp by a few degrees yet upon arrival the CFA were there to greet us. Well not really. They were there to treat a couple of suspicious fires and investigate some chimneys not performing properly. Talk about a tough start. It was like walking through a maze and obstacle course just to get inside.  END_OF_DOCUMENT_TOKEN_TO_BE_REPLACED

Hi All Sharks, I trust all Players, Mums and Dads enjoyed their break over the holidays.  I know the committee welcomed the chance to charge their batteries and put their feet up for a few days.  Well, hasn’t time flown we are into our last month of home and away games before the finals commence on the 19th August.  So much to do, so little time!  END_OF_DOCUMENT_TOKEN_TO_BE_REPLACED 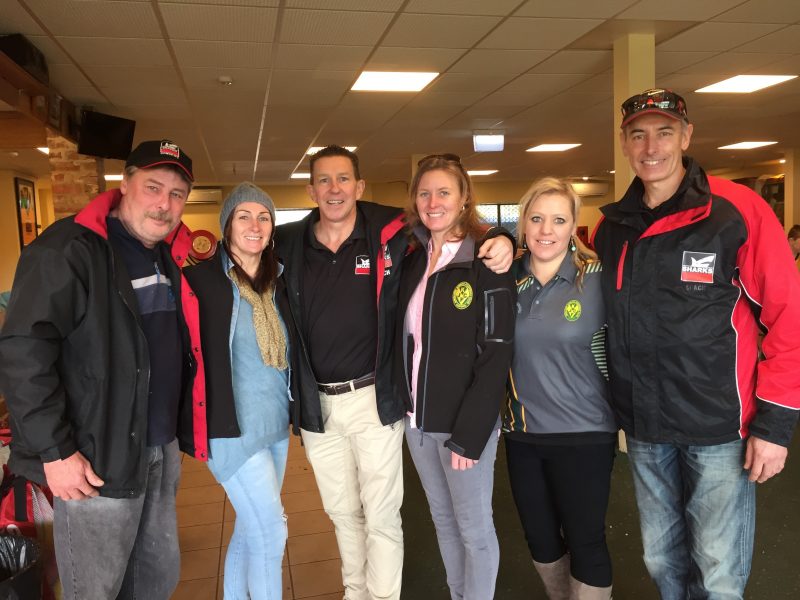 Our Club has always been a pillar of strength for this Community ever since the fires went through in 2009.

For those of you new to the club, this was an initiative commenced post the Black Saturday Fires in 2009 when the Sharks travelled to Kinglake in 2010 to show our support and raise money for the local footballers.

Since this time we have returned each year and provided continued support to the Kinglake Football Club and the local community.

Unfortunately this year we were unable to make that pilgrimage so we asked for each Sharks player to contribute a donation towards The Kinglake Football Club.

On Sunday 1st Jul Kevin George, Mick Choveaux and Andrew Mortlock visited Kinglake to present them with a cheque from PONRPJFC for $2,000 as well as 3 bags of footys. Photo attached.

It might be 9+ years since the fires but emotions are still just as raw. There were a few teary eyes when Kev presented the cheque and they were extremely grateful for our ongoing support

Your shopping cart is empty
Visit the shop